As some of you know towards the end of last season I decided to step away from the Steelers for personal reasons. To the clubs credit they have invited me back this season but I have said no. Rather than do a massive goodbye and thank you I thought it would be more useful to focus on all the things I have learned in the last 8 years of trying to make 6,000 Yorkshire folk (and 1 brummie) happy.

In 1965 Dr. Bruce Tuckman came up with the theory that every team goes through a process of Forming - Storming - Norming - Performing. Each year with new volunteers and faces at the club you can really see that happening. Tuckman is important because it tells us that this process is natural but also serves as a warning that teams can get stuck in certain stages.

Some people thrive in the storming stage, the disagreements, the falling out. But for the team it’s crap as you cant perform at your best. I have seen us get really stuck in storming for a long time. The best teams I have worked with have gotten past this stage quickly.

But i’m not gonna lie, the first few years at the club sucked.

2. Your values are important

Anyone who knows me knows I come from a very liberal school of thought when it comes to work, i’ve always worked in the third sector. I like helping people, I think people work better when they are managed positively. Crucially I think it just makes work better and therefore makes your work better. For the first few years that was really hard to stick to but slowly your values can make an impact.

The only way you can effectively lead/manage staff and volunteers is to understand their journey a little bit, why do they give up their weekends to do this? What matters to them? What motivates them. Only then can you really start to get the best out of them.

When our camera operator Sian started at the club she was really keen to develop as many skills as possible in live production. So we made sure she understood how to produce the video screen, how to DJ and how the match night works in response to the audience. You can see how much she has appreciated it and has grown in the role.

4. The worst thing you can do is f-up

Sometimes the idea of screwing up is far more horrible than actually screwing up. That fear of failure can paralyse you and can stop you from taking risks. Risk taking, when considered, is a good thing, it’s normally when we are at our most creative. Get good at visualising the worst that can happen and how you will manage it. Often we are so scared of spinning plates we fail to understand that they are just plates, they have loads at Ikea.

5. Saying thanks is a good thing

It is not a sign of anything other than genuine appreciation to say thank you and it does bloody wonders for the work environment you create.

6. The customer is rarely right

Don’t listen to your customers. If they have the time to come and complain to you then they have too much time on their hands. Watch them instead, watch their behaviour, watch their reactions and learn from that. We have tried many things in that arena that didn’t work (and some we should of tried harder to make work) but the things that did work you can SEE working. When you see just how many kids, families and grown-ups are doing baby shark every week you can safely ignore the vocal minority. If you don’t like it the Steeldogs are just across the road.

7.Just put your hand up

If an opportunity comes along that matches what you are good at then put your hand up and have a go. In 2009 after having serious problems at the club Mariana Phillips sent a message out asking if anyone can help the club now is the time to step up. I had a small background in music tech and thought our match night could be made better. So I emailed them.

4 days later I’m hearing the intro I made being played to about 4,000 people, Two weeks later im the announcer at games. I was Steeler Dan for one awful night, I ran the back of house a few times, did radio commentary, was eventually the DJ, ran social media, was a part-time commentator on Steelers TV, did post game interviews and I eventually finished my time as match-night director.

I don’t know what is next for me in Hockey. My business is doing well (please hire me) but I think I still want to do something in this industry, I just don’t know what yet. (Open to suggestions, I make a mean podcast).

Thank you to everyone who out of faith or desperation gave me a chance to do something. I appreciate it.

To everyone who hated the music at the Steelers, please be aware that I really didn’t care. It was never about you. It was about the kid in front of you.

Just put your hand up. The worst thing you can do is screw up. 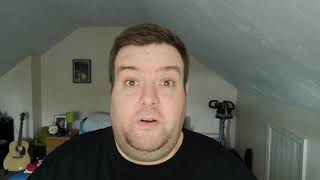 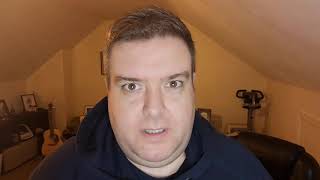 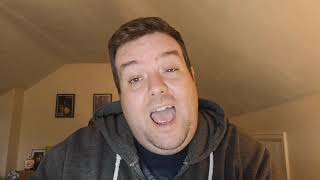 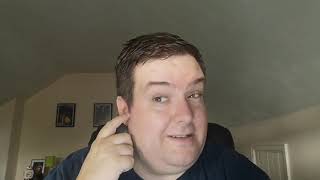